If the back-to-school crowd (students, teachers, parents, grandparents) was tuned in to the debates, it saw first-hand that mean-sounding taunts seem like a pretty big deal, even for grown-ups.

Apparently, they are irresistible. Evidently, too, in the main, the flash of insight (whether brutally honest or mostly just brilliantly funny) that is revealed in even the most effective taunts, don’t typically ignite a game-changing blaze.

After the debate, the pundits I heard seemed to agree on what most probably believed before the debates, which is that the evening’s conversation will not significantly change the national conversation, nor even seriously alter the horse race.

Ah, well, irresistible is irresistible.  And if the harm isn’t too serious, then have another.

Today’s “sticks-n-stones” cookies don’t look like respectable cookies, but they are pretty good — heck, maybe even tempting. Plus, they support your secret desire for dunking (in milk or coffee). I hope they will also remind you to maintain your composure under whatever Friday pressures you face today.

The weekend is coming, after all. Tonight, tomorrow and Sunday, the Hartsville Community Players will present “On Golden Pond” in Center Theater, and tomorrow morning we can check out the Hartsville Farmer’s Market on East Carolina Avenue.

Happy Friday.
Come and get ’em!

It was a Sunny Week, But We Have Rainbows Anyway 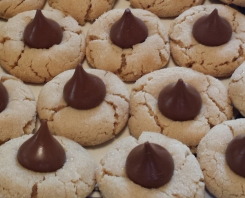 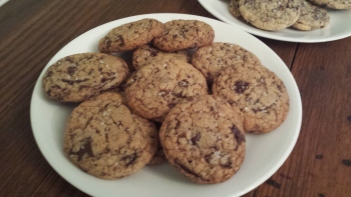 Fantasy Flavors Natural For the Day 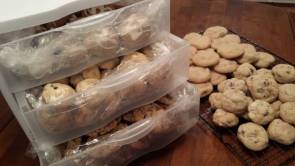 Back to School Choices, Running and Sweet Rewards

Three Steps to a Christmas Tray for Fin (and company)